Mainly for Women showcases a sumptuous array of paintings by Polish artist Paulina Olowska, highlighting her storied exploration into female archetypes. Olowska immerses herself within the world of womanhood via her mastery of appropriation and homage, creating paintings that draw out the psychosexual and sociopolitical constructs of female experience. Her rapid brushstrokes render naïve photorealist forms that are redolent with the feeling of bygone eras, as her colors appear softened by the passage of time.

Mainly for Women showcases a sumptuous array of paintings by Polish artist Paulina Olowska, highlighting her storied exploration into female archetypes. Olowska immerses herself within the world of womanhood via her mastery of appropriation and homage, creating paintings that draw out the psychosexual and sociopolitical constructs of female experience. Her rapid brushstrokes render naïve photorealist forms that are redolent with the feeling of bygone eras, as her colors appear softened by the passage of time.

Within her exploration of womanhood, Olowska brings the domestic act of playing hostess into the space of the gallery, inviting a group of women from the next generation of distinguished Polish artists to exhibit alongside her within the show. This collaborative act is definitive of Olowska's practice and indicates that her focus on portraying multiple representations of women is not just a conceptual preoccupation, but an active and performative aspect of her work. In the words of writer Jan Verwoert, "The house Olowska is building in her work is not a place of imaginary returns, but a site for gathering sister spirits." The artists whom Olowska has invited to exhibit alongside her — Karolina Jabłońska, Dominika Olszowy, Agata Słowak, and Natalia Załuska — offer a dynamic range of female perspectives, creating an alchemical exchange of artistic approaches that reflects Olowska's focus on creating a complex and multifaceted vision of femininity. The group presentation, which takes on an almost mythic, séance-like quality, transforms the visuals created by these artists into an exposition of ideas.

The exhibition's title, Mainly for Women, takes its name from a 1960s "guide to love making" written by Robert Chartham, a pseudonym used by author Ronald Sydney Seth when he published under the guise of a sexologist. In the work, Chartham seeks to enlighten women on how to avoid harming their husbands' sexual self-respect while providing a biological play-by-play of the coital act, strictly to be enacted by a husband and wife only. This patriarchal bestowal of information is irreverently subverted by Olowska, who reclaims Chartham's title for her own purpose: to give name to a show of women artists who speak for themselves. Olowska's action of creating a female community suggests a valuing of subjectivities in which she and her fellow women artists are autonomous in determining their own image.

In their practices, Olowska, Jabłońska, Olszowy, Słowak, and Załuska use art as an imagistic vehicle through which to grapple with the history and contemporary status of women in society. They contend with issues of female labor, patriarchal constructs of a woman's role, and visual manifestations of female interiority, through which the viewer encounters allusions to both the subjugation and apotheosis of women, with many of the featured works drawing from imagery related to pagan mythological narratives. Through the distinct perspectives of formalism, portraiture, appropriation, and narrative painting, the artists use their work to disrupt our understanding of womanhood. Their erotic imagery, depictions of female agency, and labored methods of painterly execution are markers of how these women seek an uncompromised position of gender parity within art and society. With the recent attempt by Poland's constitutional court to impose a near-total ban on abortions — including in instances of rape and incest — this exhibition speaks with a sense of urgency for the dire need to insert female autonomy into biopolitics and society at large. In its presentation in the U.S., the exhibition holds a mirror to the country's own reckoning with women's rights.

Paulina Olowska (b. 1976, Gdansk, Poland) lives and works in Rabka Zdroj and Krakow, Poland. She has presented solo exhibitions at Kunsthalle Basel; the Stedelijk Museum, Amsterdam; and the Zacheta National Gallery of Art, Warsaw. Olowska received the prestigious Aachen Art Prize in 2014 and exhibited at the Ludwig Forum for International Art, Aachen, Germany. She has staged performances at Tate Modern, the Carnegie International, and The Museum of Modern Art, New York. Olowska presented the ballets Slavic Goddesses—A Wreath of Ceremonies at The Kitchen, New York, in 2017 and Slavic Goddesses and The Ushers at the Museo del Novecento in Milan in 2018. Her work was featured in the 2017 National Gallery of Victoria Triennial in Melbourne and the 2018 Liverpool Biennial, as well as in group exhibitions at The Museum of Modern Art, Warsaw; mumok, Vienna; Hamburger Kunsthalle, Hamburg; Migros Museum Für Gegenwartskunst, Zürich; and the New Museum, New York.

Karolina Jabłońska (b. 1991, Niedomice, Poland) lives and works in Krakow, Poland. She graduated from the Painting department at the Academy of Fine Arts in Krakow in 2015. In 2014–15, she was awarded a scholarship at Vysoká škola uměleckoprůmyslová, UMPRUM, Prague. In 2018, she was an artist in residence at Spinnerei Leipzig. Jabłońska is co-founder of the artist-run-space Potencja Gallery and "Łałok" magazine.

Dominika Olszowy (b. 1988, Skwierzyna, Poland) is the founder of ephemeral Sandra Art Gallery, established in 2008, and the co-founder of hip-hop group Cipedrapskuad and moped gang Horsefuckers M.C. Apart from her individual practice, Olszowy often collaborates with theater directors on set design. In 2019 she was honored with the VIEWS – Deutsche Bank award. Olszowy lives and works in Warsaw.

Agata Słowak (b. 1994, Poland) is a visual artist creating oil paintings, spatial objects, and textiles. She recently completed her studies at the Academy of Fine Arts in Warsaw, where she served as a member of the Commission for Equal Opportunities and Countering Discrimination. Słowak's work was prominently featured in the exhibition Paint, Also Known as Blood at The Museum of Modern Art in Warsaw in 2019. She has been featured in articles for Artforum, Art Reveal Magazine, Art-agenda, and the Blok Magazine.

The exhibition is free for museum members and SCAD students, faculty, and staff with a valid SCAD Card. Open to the public with the cost of museum admission. 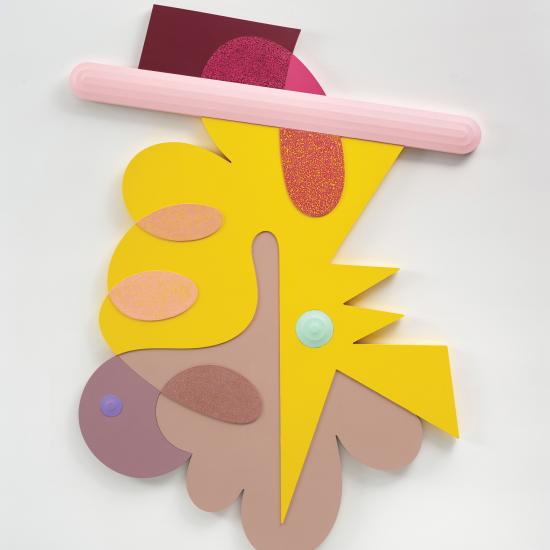 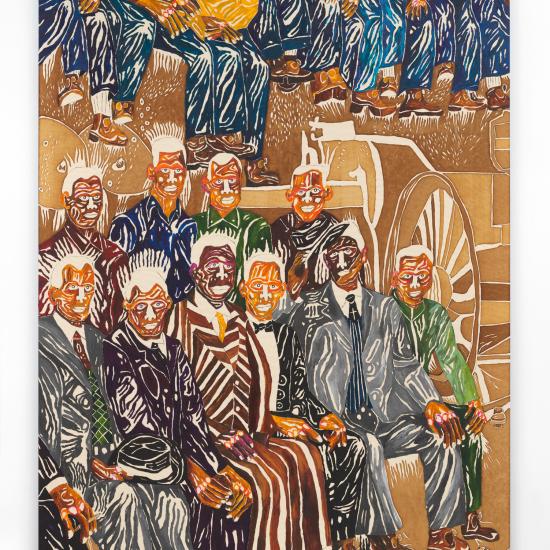