Lecture
Encounter narratives of cities, self, and nature at artist talk with Arturo Soto, LaToya Hobbs, and Nohemí Pérez 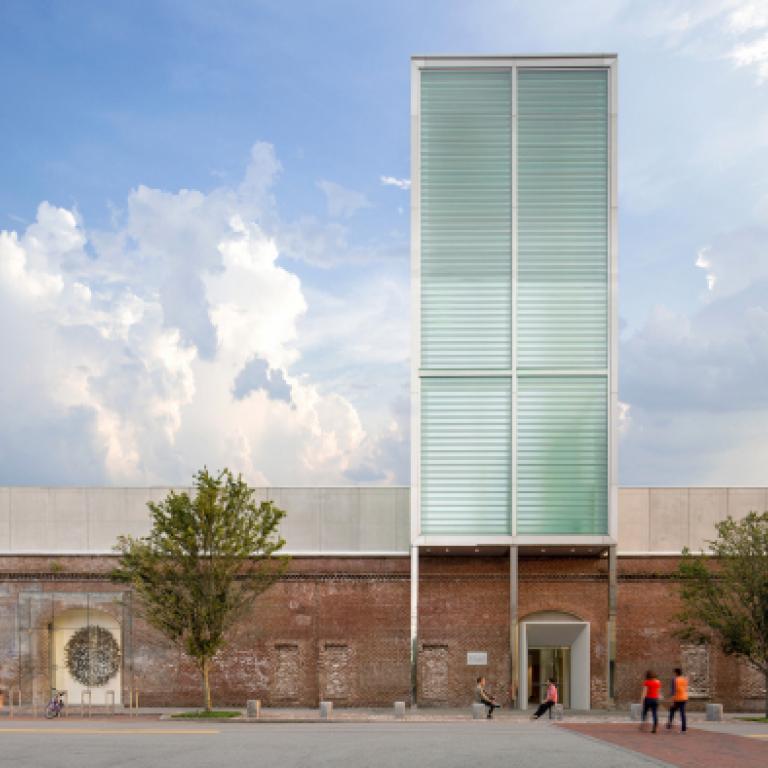 When
Thursday, Nov. 11
Where

This event and related exhibitions are free for museum members and SCAD Card holders, and open to the public with the cost of museum admission.

Encounter narratives of cities, self, and nature at artist talk with Arturo Soto, LaToya Hobbs, and Nohemí Pérez

Join exhibiting artists Arturo Soto, LaToya Hobbs, and Nohemí Pérez as they discuss their artistic approaches and SCAD MOA exhibitions, which explore the narratives of cities, notions of identity, and the social, political, and environmental issues of our time.

About Arturo Soto
Urban Visions, Arturo Soto’s (b. 1981, Ciudad Juárez, Mexico) first museum exhibition in the U.S., includes more than 30 photographs by the artist that create through-lines between site, theory, and image, a dialogue ever-present in Soto’s works. The exhibition presents an array of works from three photographic series: All Lovely Things Will Have an Ending (2006) from his time as a SCAD student, inspired by the titular, popular poem by Savannah writer Conrad Aiken; Circling the Square (2013–14), a series made in London and inspired by the Situationist concept of psychogeography, or “a way to delve into the soul of a city”; and A Certain Logic of Expectations (2016–20), a series created in the British city of Oxford that depicts the looming presence of Brexit, the conflicted local economy, and the diversity of the city’s neighborhoods.

About Nohemí Pérez
With her intimate painterly style, Nohemí Pérez (b. 1962, Tibú, Colombia) depicts scenes that problematize the social and political issues of our time related to the natural world. In her SCAD MOA exhibition, The Forest’s Bedding (El lecho del bosque), Pérez presents all new, large-scale works, specifically commissioned by the museum, in which she continues her exploration of what she calls “subjects at risk,” or endangered species. In this immersive experience of an epic dimension, Pérez raises awareness of the complex relations between humans and nature, with hope for more sustainable and harmonious ways to coexist.